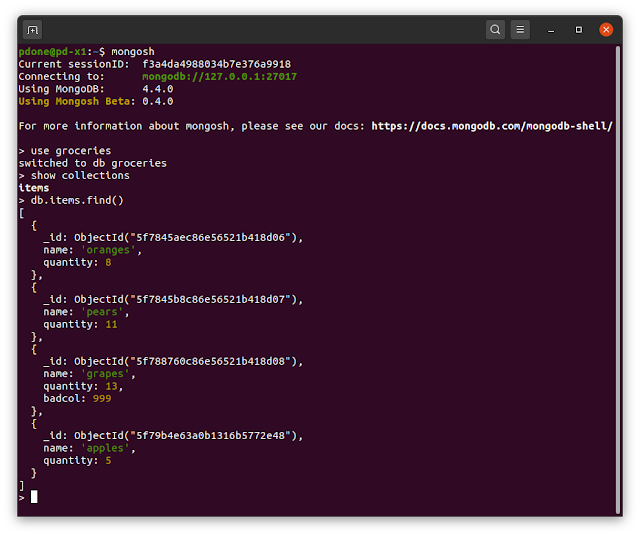 I plan to blog again in the future, in more detail, about how to combine Rust's strict typing and MongoDB's flexible schema, especially when the data model and consuming microservices inevitably change over time. [UPDATE 09-Dec-2020: I have now blogged on this at MongoDB DevHub, see: The Six Principles for Building Robust Yet Flexible Shared Data Applications]

Posted by Paul Done No comments: